Russian Nordic skier Nikolay Polukhin tested positive for meldonium in February but will not serve a ban as only a minute trace of the substance was found in his sample, the International Paralympic Committee (IPC) has announced.

Polukhin, a member of the relay team which won a Paralympic gold medal at Vancouver 2010, failed a drugs test at an IPC Biathlon World Cup event in Finsterau in Germany on February 26.

The 33-year-old, also a four-time Paralympic silver medallist, has been stripped of the gold medal he clinched in the men’s 15 kilometres biathlon race at the competition in Finsterau.

Ukraine’s Anatolii Kovalevskyi will be upgraded to the gold medal and his team-mate Iurii Utkin will now receive the silver.

The bronze will now be awarded to Polukhin’s compatriot Stanislav Chokhlaev.

Heart-attack drug meldonium was added to the banned list by the World Anti-Doping Agency (WADA) on January 1, who claimed there was evidence that it was being used for performance enhancing purposes.

WADA admitted in April, however, that more research was required to calculate how long the product remains in the human body. Further read at http://www.insidethegames.biz 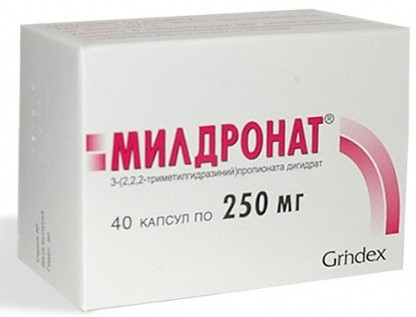