We now accept Monero and if you pay with this relatively new cryptocurrency we will give you a 15% off your order.

Why Monero is better that Bitcoin?

Like with most cryptocurrencies, Monero (XMR) transactions are recorded in a shared, cryptographically verified ledger known as a blockchain, using numeric addresses that have no meaning in the outside world. But unlike Bitcoin, where it’s possible to monitor the flow of currency from address to address and therefore infer connections between users, Monero uses additional cryptographic techniques to obscure who’s sending how much money to whom. Monero is like the internet version of cash, it's totally anonymous. Monero has grown by thousands of % in the past 6 months.

UNTRACEABLE
Monero uses ring signatures, ring confidential transactions, and stealth addresses to obfuscate the origins, amounts, and destinations of all transactions. Monero provides all the benefits of a decentralized cryptocurrency, without any of the typical privacy concessions.

UNLINKABLE
Sending and receiving addresses as well as transacted amounts are obfuscated by default. Transactions on the Monero blockchain cannot be linked to a particular user or real-world identity.

MONERO IS FUNGIBLE
Monero is fungible because it is private by default. Units of Monero cannot be blacklisted by vendors or exchanges due to their association in previous transactions.

DYNAMIC BLOCKSIZE
Monero offers a dynamic blocksize. That means no hard debates (or wars) over who has the best scalability solution for the network. If more people use Monero and bigger blocks are needed then code is law. Miners will increase the blocksize following a very clear calculation which cannot be doubted by anyone.

HOW TO BUY MONERO
http://rupharma.com/buy-bitcoins-monero/ 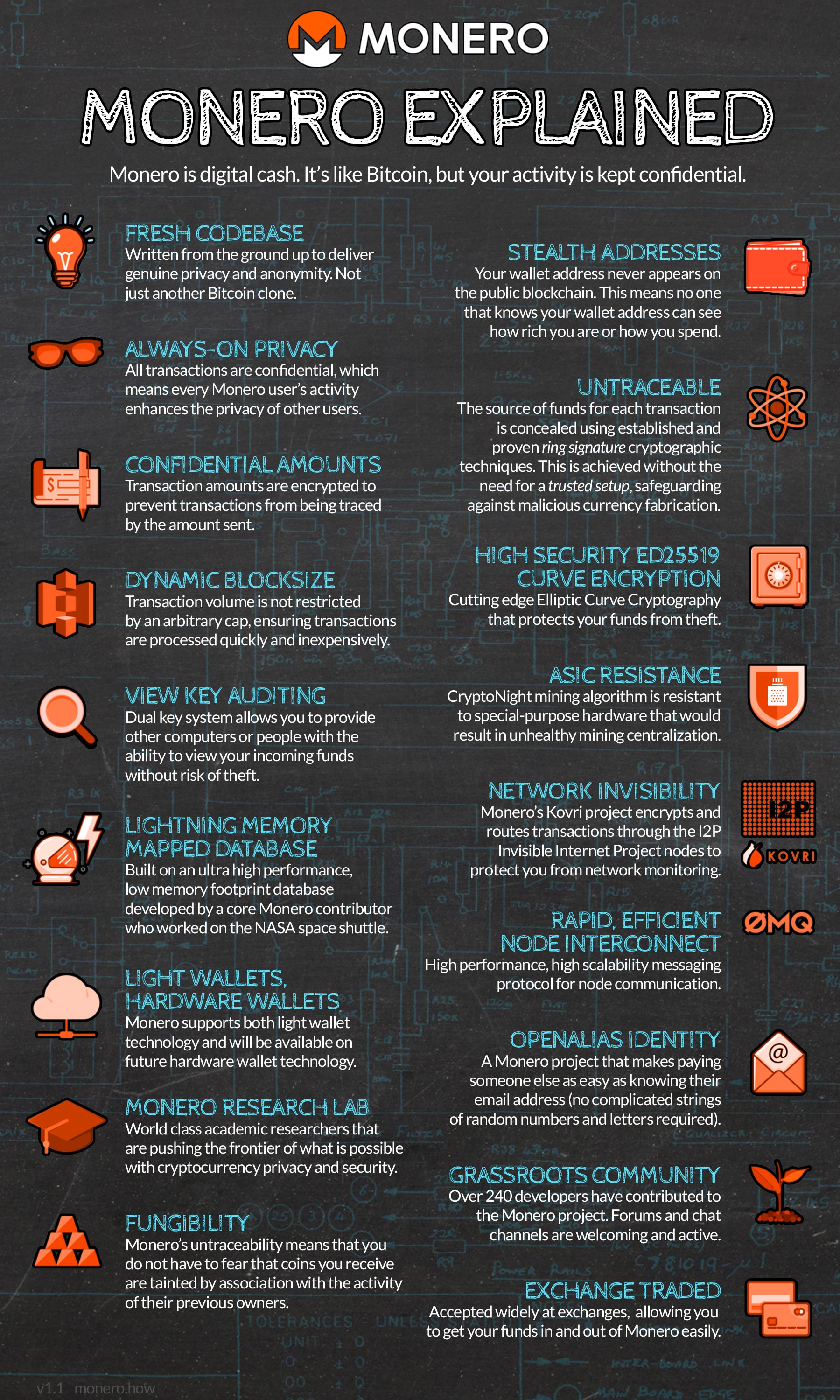