Memantine is an NMDA Biohack, an NMDA antagonist specifically with a novel mechanism that can be profoundly helpful for those with broken brains or those who need to reset their tolerance to other performance enhancers. I don't really consider it a Nootropic nor would I recommend it highly to most Biohackers.

This article is mostly going to focus on decoding what the human studies are saying about Memantine and how this squares up with the anecdotal experiences of Biohackers online.

Memantine has a significant corpus of good science done on it with over 180 human clinical trials done in the past 10 years alone, from Iran and the Netherlands to California and Canada.

A 2016 Canadian study evaluated it in combination with acetylcholinesterase inhibitors. It's objective was to compare mental imagery of gait and spatiotemporal gait parameters in patients with dementia.

They gave Memantine to 56 elderly patients and it concluded.

Our findings showed an improvement in mental imagery of gait with the use of anti-dementia drugs, but no changes in actual gait performance. 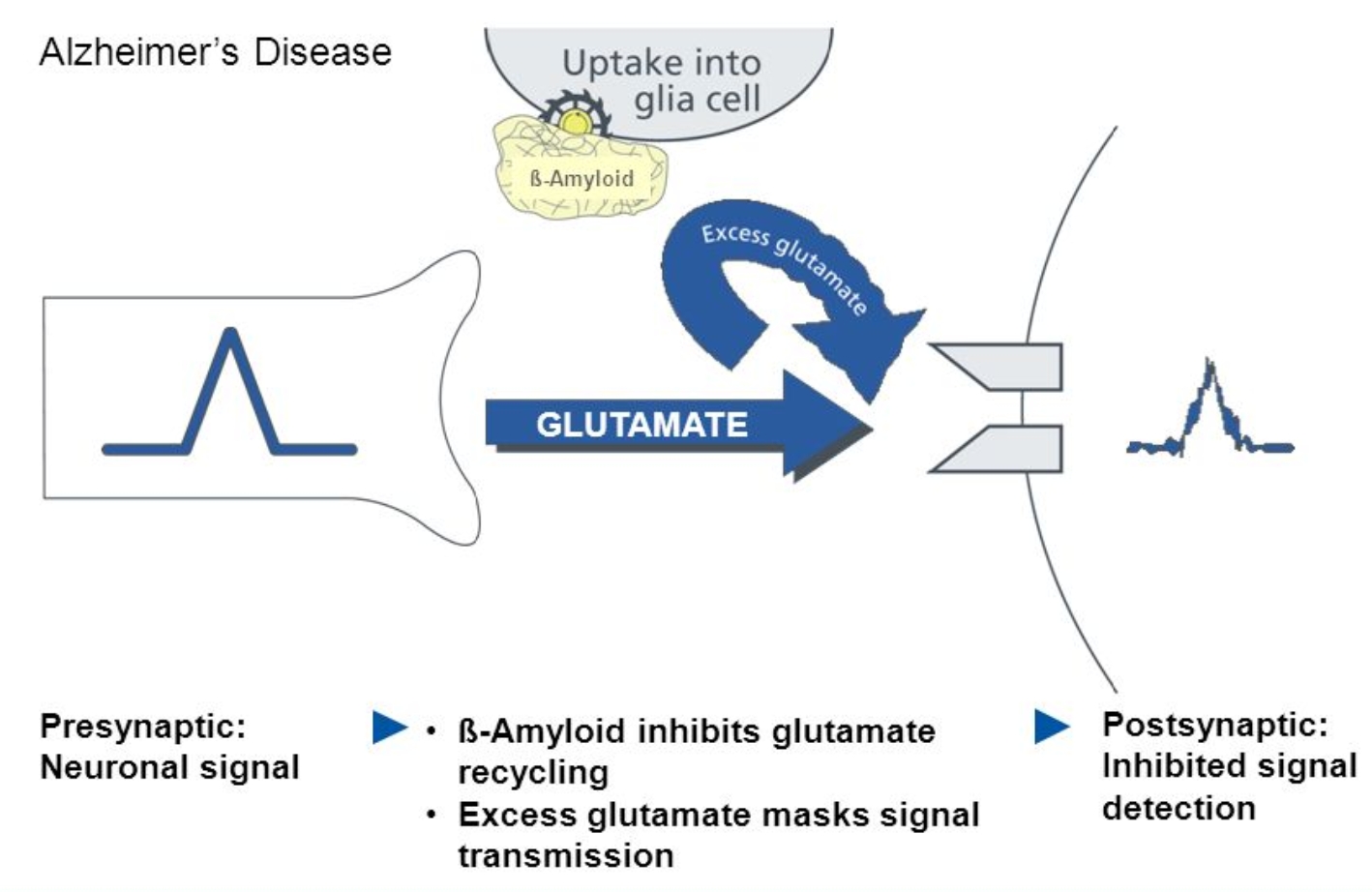 A two year trial, totaling over 2000 patients compared Memantine to Galantamine a cholinergic drug. Interestingly the study found that the two in combination seemed to have negligible effects.

This post-hoc analysis shows that the beneficial effects of galantamine at 2 years post treatment were not observed in patients who had been placed on background Memantine.

From a 2017 Dutch randomized controlled trial

62 patients in another recent study found it helpful.

A 6-week course of treatment with Memantine as adjunct to sertraline showed a favourable safety and efficacy profile in patients with major depressive disorder.

The most recent clinical trial was done in 2017 in Shiraz, Iran, it was a 16 week double-blind placebo-controlled randomized study of 58 patients in the manic phase of Bipolar Disorder.

Over the course of the trial the patients improved by 34% by their Yale Brown Obsessive Compulsive Behavior Scale scores. The researchers concluded

Our double-blind controlled clinical trial showed that memantine is an effective adjuvant agent for reducing [obsessive compulsive] symptoms in patients with [Bipolar Disorder].

Memantine is an incredibly effective mood stabilizer and anti-manic agent. I use it to treat bipolar disorder type 1 and have successfully pulled myself and a couple friends out of manic/psychotic episodes with it in a matter of days.

It concluded: Memantine treatment was generally well tolerated and was not associated with any serious adverse events. Treatment with memantine appears to be beneficial for the treatment of [autism spectrum disorder] and associated psychopathology and cognitive dysfunction in intellectually capable adults.

This would kind of concur with the online lore surrounding Memantine, it's reputed as quiet a sublime smart drug.

From AlwaysLearning on Longecity "I no longer constantly worry about being judged, and do not feel inferior to the people around me. Eye contact is pleasurable rather than painful, as is exerting my will and expressing my desires. I am able to truly enjoy physical and emotional intimacy now. I see people more for who they truly are (their pain, their anxiety, their joy, etc.)"

A double blind, placebo controlled German 2016 study evaluated it as a treatment for children or adolescents:

Despite the effectiveness of serotonergic compounds in the treatment of obsessive-compulsive disorder, treatment-resistant symptoms remaining in 40 to 60 % of patients present a pressing clinical problem.

One very thankful user was suffering from severe depression and reported that taking Memantine enabled their rebirth, into becoming a thriving, happy person:

"One night I choose to take a larger dose, 60mg, before bed. I woke up the next day feeling incredible! I felt light and buoyant. I had a strong desire to be outside in nature and feel the sun on my skin! Most of that day was spent outside in the sun, marveling at the trees dancing with wind, the birds singing to each other..."

This was what I call my "rebirth". I had a epiphany that day.

My energy level shot way up too. Now I work out 5 days a week at a Crossfit like gym. I also rediscovered my love for yoga after taking a decade off from practice...

Now I'm starting to feel that anything I work towards can be accomplished. Where before, no matter how hard I tried, how much I practiced, I could not get past mediocrity . Consistency was ever illusive.

This is most likely the closest I will get to my "Limitless" substance. But who knows, breakthroughs in science are happening every day."

A 2016 randomized, placebo controlled study used Memantine in combination with another drug, Olanzapine. From it's abstract

Glutamate dysregulation may be involved in the neuropathology of schizophrenia. Memantine... acts as a partial uncompetitive NMDA receptor antagonist. The aim of this study was to examine the efficacy of memantine as an adjunctive treatment to olanzapine in patients with schizophrenia.

Interestingly, the it was found that these two drugs helped female Schizophrenics more than men.

Memantine has been implicated in lowering tolerance to GABA agonists, like benzodiazepines. However, this doesn't seem to be limited to GABA agonists, in the online Biohacker community you effect find this mentioned:

"I have found it genuinely fantastic. My focus is improved, my memory is better, and I can vouch for the much touted tolerance-reversal (in my case to stimulants)."

"The most positive effects have been a resensitization to racetams (most notably phenylpiracetam) and an across-the-board reduction in tolerance to all substances."

"Over the past three weeks I have been taking 10 mg of memantine daily.

Since I have started doing this, all my Kratom has more of a stimulant edge. There is not a ton of added jitteriness or anxiety, but rather the get and go effects of each strain are more prominent.

Used to when I took 2.5 grams of a slow strain I would feel really chill and mellow. Now when I take this dose, I have the urge to physically get up and get my body moving and exercise, do yard work, etc...

If you want stronger effects from your kratom, or you need to reduce your tolerance, I recommend memantine.

It could potentially be a real lifesaver for opioid addicts who need to taper off powerfully addictive painkillers like Oxycodone, Vicodin or Fentanyl.

It may even reset caffeine tolerance!

Memantine acts as a non-competitive antagonist at different neuronal nicotinic acetylcholine receptors (nAChRs) at potencies possibly similar to the NMDA and 5-HT3 receptors, but this is difficult to ascertain with accuracy because of the rapid desensitization of nAChR responses in these experiments. Notably, Memantine is an antagonist at alpha-7 nAChR, which may contribute to initial worsening of cognitive function during early Memantine treatment. alpha-7 nAChR upregulates quickly in response to antagonism, which could explain the cognitive-enhancing effects of chronic memantine treatment. It has been shown that the number of nicotinic receptors in the brain are reduced in Alzheimer's disease, even in the absence of a general decrease in the number of neurons, and nicotinic receptor agonists are viewed as interesting targets for anti-Alzheimer drugs.

Here's what that means in more straightforward English, from cognitive enhancement extraordinaire MisterYouAreSoDumb on Reddit.

Memantine is great. It is a long acting NMDA receptor antagonist that binds to an open channel binding site. This means that for memantine to bind, the neuron has to depolarize, and open to clear the magnesium block. Then memantine is pulled into the channel to its binding site. This means that it allows for normal operation of the NMDA receptor channels, but stops the influx of calcium from going too high. Other NMDA receptor antagonists do not allow for normal operation of the NMDA channels, so they are not useful for daily use.

A meticulous Biohacker reported that Memantine "cured" them of detrimental cognitive decline and derealization:

"So I've been dealing with a situation for a very long time, and I've come to the end of part of it...

So basically memantine has "cured" me of my disorder, or at least is treating it to a level I honestly wasn't sure was possible. I'm operating at around 85%. Pre-Memantine with everything else I was taking I was probably at around 20%. They all "helped" but it was nowhere even close to the level of Memantine, it is clearly directly treating my dysfunction."

One disappointed self experimenter reported:

"I tried taking Memantine 3 separate times and couldn't handle the profound side effects. I felt drunk all the time, without the euphoria or lack of inhibition.

I don't think I experienced any lasting negative effects that didn't go away after a week, but it's hard to say.

I would say Memantine is one of the stupider things I've done in desperation, hoping to hold off stimulant tolerance a bit longer."

It's been advised that Vitamin B5 has an undesirable interaction with cholinesterase inhibitors. Combining them could lead to severe side effects.

It's quiet a hardcore neurobiological hack so if you're using it for performance enhancement as opposed to treating a chronic disease it's a good idea to start with a quiet low dose of 5 or 10 milligrams daily:

Reports of undesirable side effects are abundant. For example:

"Very bad effects with me, even at extremely low dose (2.5mg every two or three days). If I had kept taking it, I would have at a minimum lost my job but probably would have killed myself. It put me on the edge of that void, closer than I have ever been. I mean, I've never had to actually resist a physical compulsion to run up to the top and off a building. I had such high hopes, because some have had their lives fundamentally changed for the better. Oh well, trial and error continues. The behavior and feelings were repeatable with dosing, and since stopping, I'm back to as "normal" as I ever was."

Although, that report is quite dramatic, most side effects reported are more benign; things like brain fog, tiredness and lethargy.

I think this is a higher risk drug, it has a particularly invasive mechanism of action and there's plenty of reports of undesirable side effects.

However, it could be profoundly helpful to people with severe treatment resistant depression or those facing the specter of cognitive decline.

I found no significant amount of reports of otherwise healthy people using it and experiencing really beneficial Nootropic effects. It's upside is minimal and downside significant if you don't have a very broken mind.

As an Biohacker, seeking performance enhancement the only use of Memantine that I can conceive of is resetting tolerance; mostly likely of Kratom but maybe also caffeine. 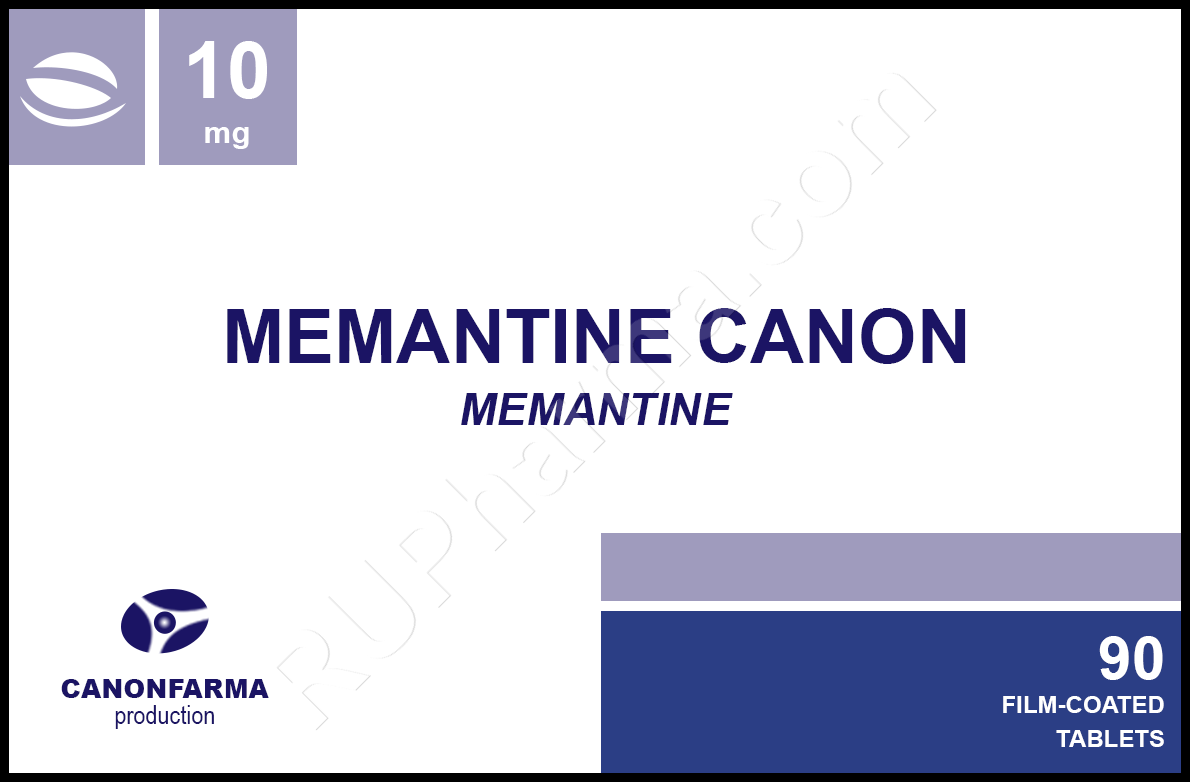 Memantine for tolerance and WD?question

Has anyone used memantine for kratom tolerance!? (self.KratomKorner)

How Memantine has Changed my Life.

K-holed on memantine? Experience my trip, via journal entries I typed while tripping.