Fonturacetam is a nootropic. It has a pronounced antiamnesic effect, activates the integrative activity of the brain, promotes the consolidation of memory, improves concentration and mental activity, facilitates learning processes, accelerates the transfer of information between the cerebral hemispheres, increases the resistance of brain tissue to hypoxia and toxic effects, has an anticonvulsant effect and anxiolytic activity, regulates the processes of activation and inhibition of the central nervous system and improves mood.

It has a positive effect on metabolic processes and blood circulation in the brain, stimulates redox processes, increases the energy potential of the body by utilizing glucose, and improves regional blood flow in ischemic areas of the brain. Increases the content of norepinephrine, dopamine and serotonin in the brain. 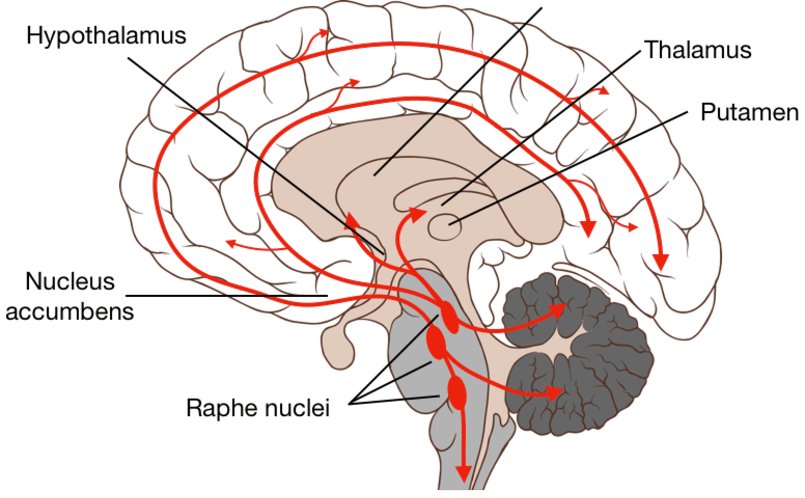 Serotonergic pathway (as illustrated above)

Does not affect the level of GABA content, does not bind to GABAA and GABAB receptors and does not significantly affect the spontaneous bioelectric activity of the brain.

Has no effect on the respiratory and cardiovascular systems. It has a mild diuretic effect. It has anorexigenic activity when used as a course.

It has a moderately activating effect in relation to motor reactions, increases physical performance, has a pronounced antagonism in relation to the cataleptic action of neuroleptics, reduces the severity of the hypnotic effect of ethanol and hexenal.

The psychostimulating effect prevails in the ideational sphere. The moderate psychoactivating effect of the drug is combined with anxiolytic activity; improves mood, has an analgesic effect, increasing the threshold of pain sensitivity.

It has an adaptogenic effect, increasing the body's resistance to stress under conditions of increased mental and physical stress, with fatigue, hypokinesia and immobilization, at low temperatures. 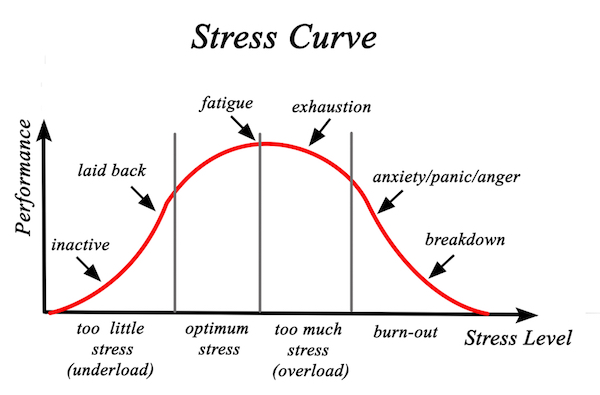 Against the background of the use of the drug, there is an improvement in vision (an increase in acuity, brightness and fields of vision); improves blood supply to the lower extremities.

The effect is manifested after a single dose, which is important when used in extreme conditions.

After oral administration, it is rapidly absorbed from the gastrointestinal tract, distributed in various organs and tissues, and easily penetrates the BBB. The absolute bioavailability of the drug when taken orally is 100%. Cmax in the blood is reached after 1 hour. It is not metabolized in the body and is excreted unchanged. About 40% is excreted in the urine, 60% - in the bile and sweat. T1 / 2 is 3-5 hours.

Povidone-17 is known for its detoxifying effect, which is due to its ability to bind toxins and quickly remove them from the body through the gastrointestinal tract. It also enhances renal blood flow, glomerular filtration, and increases urine output. At the same time Povidone-17 is biologically harmless and does not have a toxic and allergenic effect, therefore it is used as an excipient in the production of pharmaceuticals.

While most of Fonturacetam’s popularity is based on claims that it may improve brain function and physical strength, some very preliminary evidence does exist which suggests that fonturacetam may also be helpful for reducing certain symptoms of depression and anxiety.

However, it’s unclear exactly how much of fonturacetam’s popularity is just based on hype, as the actual science behind these purported effects is, at best, relatively modest.

Fonturacetam is sold in Russia under the name Aktritropil. While not prescribed as a pharmaceutical in the United States, it is an uncontrolled and unscheduled substance, meaning that it is technically legal and does not require a prescription to purchase or possess.

However, this also means that the FDA has not approved it for any specific medical use.

Additionally, the fact that it is a relatively new substance means that it has not been extensively studied, and as such, it is not possible to make any firm conclusions about how effective or safe it may be – at least, not without a lot more research, including clinical trials in human users.

4. Gerasimova M.M. Clinical and immunological aspects of the effect of phenotropil on the consequences of cerebral stroke. Journal of Neurology and Psychiatry. S.S. Korsakov. 2005; 105 (5).